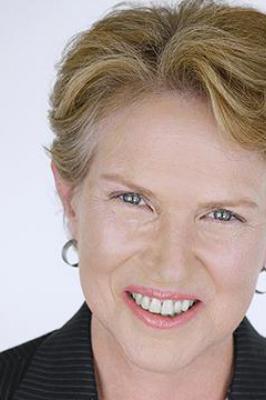 Currently on leave as a Research Fellow at the University of California, Santa Barbara Interdisciplinary Humanities Center (IHC) through June 2023.

Career as an Educator and Academic Administrator
Susan Solt is Distinguished Professor of Theater Arts at the University of California, Santa Cruz. She served as UCSC's Dean of the Arts from 2016-2019. In 2018, she was named a "top-tier" national arts educator by Variety. Solt’s current scholarly research and creative work focus on Shakespeare and race, particularly Othello, as a signifying racial figure. Her latest research project is a book titled The Biography of Othello, A Signifying Life that captures Othello's value in the history of the construction of race. She is also working on a screenplay based on her Shakespeare research entitled Dark Lady and a book based on her teaching of professional practice titled Da Vinci’s Mindset: The Artist’s Life of Purpose Through Creative Entrepreneurship. Solt is currently on leave as a Research Fellow at the University of California, Santa Barbara's Interdisciplinary Humanities Center (IHC) through September 2023.

As former Dean of the Arts Division at UC Santa Cruz, Solt established a new model for graduate arts education, the Studio Lab. Her idea was to recruit celebrated, active artists deeply engaged with professional practice to the campus as permanent faculty to work with graduate students in a lab setting, integrating these students into the faculty artists' professional projects as collaborators. Solt successfully recruited international figures dedicated to innovation and social justice to establish these Studio Labs. First, Marianne Weems, theater and opera director and founder of the award-winning New York-based theater company The Builders Association. And, then, Isaac Julien, CBE, the world-renowned Afro-British installation artist and filmmaker, and his creative partner, curator, Mark Nash.

Before coming to UC Santa Cruz as Dean, Solt was on the California Institute of the Arts (CalArts) faculty, where she taught from 1995 to 2016. Her pioneering, interdisciplinary course Entrepreneurship: The Artist as Entrepreneur was a longtime favorite among students across all the arts, especially students of color, looking to develop cutting-edge careers. At CalArts, Solt served for eight years as Dean of the School of Theater. As Dean, she established the MFA Producing Program and the MFA Writing for Performance Program, recruiting the African American Pulitzer Prize-winning playwright Suzan-Lori Parks to serve as inaugural director. Under Solt’s leadership, CalArts Theater School was ranked by US News among the top-10 drama programs in the country and was lauded for its diversity by The NY Times.

Professional Career as a Film and Theater Producer
Prior to entering academia, Susan Solt had a prominent career as a film producer and studio executive. She began her film career working for Academy Award-winning director Alan J. Pakula (To Kill a Mockingbird, Klute, All the President's Men) as Artistic Coordinator on Sophie's Choice, starring Meryl Streep. Streep won an Oscar for her performance, with Solt serving as the actress's Polish language dialect coach. Solt learned Polish as a Fulbright-Hays Fellow in Poland in the late 70s, studying acting with the legendary avant-garde director Jerzy Grotowski and directing at the Warsaw National Academy for Dramatic Art.

After Sophie's Choice was released in 1982, Solt worked exclusively for eight years as Alan Pakula's producer and vice president of New York-based Pakula Productions. Following her producing tenure with Pakula (Dream Lover, Orphans, See You in the Morning), Solt led her own company and then served as Senior V-P of Production for Miramax Films, working with such artists as Alexander Payne and David O. Russell. As an independent producer for Warner Bros. in the early 90s, she produced the award-winning feature films Presumed Innocent, starring Harrison Ford and Doc Hollywood, starring Michael J. Fox.

While at CalArts, Solt served as founding Artistic Director as founding Artistic Director/Producer of the ground-breaking Center for New Theater (renamed Center for New Performance in 2006). Her signature work as a producer of professional theater at CalArts was an all-female, multicultural production of Shakespeare's King Lear. This site-specific production played the 2003 Frictions Festival in Dijon, France, with the eminent black actress Fran Bennett (Roots, In the Heat of the Night) in the title role. While at CalArts, Solt also commissioned a reimagined production of the Chinese classical drama Peach Blossom Fan directed by the celebrated Chinese director Chen Shi-zheng (Peony Pavilion, The Ring Cycle). Peach Blossom Fan opened REDCAT -- CalArts then new, downtown L.A. performance space, to great acclaim in 2003.

Personal Background
Susan Solt grew up on the campus of a Research-1 state university, Indiana University, Bloomington, the daughter of two professors. It was from her father, historian Leo F. Solt, who was also a dean, that she learned to love history and appreciate the power of education to positively transform lives. From her mother, the prominent concrete poet Mary Ellen Solt, she acquired a love of all the arts and all things new and experimental. The UC Santa Cruz campus enchanted young Susan when she first visited as a child with her older sister and parents many years ago. Raised by her parents within an abiding ethos of tolerance, equity, and inclusion, Solt profoundly believes in the social justice mission of this campus.